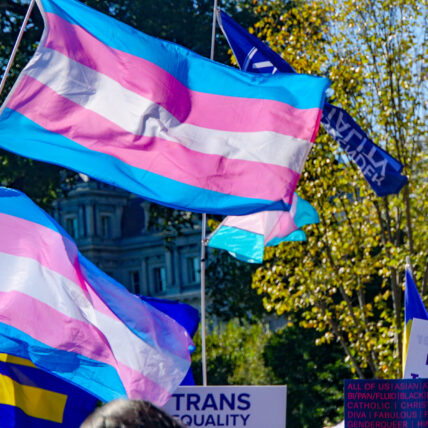 Too often, progressive movements function as silos, with separate organizations addressing injustices such as racism and homophobia. But, in real people’s lives, those issues are not separate; they intersect with and reinforce one another. That is why Funders for LGBTQ Issues is working to build cross-movement alliances between LGBTQ advocates and communities of color. Such “intersectional” movements can speak to the lived experiences of their constituents, and build political power.

To that end, Funders for LGBTQ Issues convened a National LGBTQ Grantmakers Retreat on Racial Equity. Given the participants and topic, they knew they needed a skilled facilitator who understood the foundation world, and also grasped the meaning of racial equity in the LGBTQ context. They turned to MAG (now Change Elemental).

“MAG understood that while we were all foundation people who funded LGBTQ issues, we didn’t know each other well and didn’t have a sense of being a part of the same group,” said Ellen Gurzinsky, Program Director at Funders for LGBTQ Issues. “They understood the different personalities in the room and, through a comprehensive interview process before the retreat, were able to come up with a lively and informative agenda. Also, their understanding of structural racism and queer issues was great,” Gurzinsky added.

The primary goals of the retreat were to identify opportunities and barriers to supporting LGBTQ people of color organizations and to build a stronger LGBTQ grantmaking sector. At the same time, the retreat endeavored to create a spirit of bridge-building, respect, creative inquiry, learning and thinking “big.”

MAG’s facilitation helped the retreat succeed on both fronts. According to Gurzinsky, “People loved the facilitation, especially the balance between learning and talking with each other.” Strong preparation was key: before the retreat, MAG developed a tool for foundations to assess their progress on racial equity, and provided practical, concrete steps to increase their giving at the intersection of racial equity and LGBTQ issues.

For Gurzinsky, the two MAG consultants made the perfect team, bringing different strengths and experiences to the agenda and retreat. During the retreat, the consultants deftly adapted to the needs of attendees. “Both consultants were flexible in customizing their approach by taking into account who was at the retreat,” Gurzinsky said.