Skip to main content
Support
Back to Learning Projects 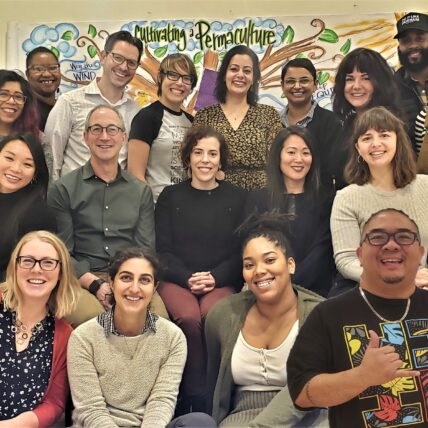 Launched in 2019, and building off of previous research with grassroots groups and funder intermediaries, the Intermediary Design Lab was an 11-month cohort that brought together fiscal sponsors and donor intermediaries to reimagine their work in serving constituent-led groups—organizations, movement workers, and collectives that do not have formal 501c3 and/or 4 tax-exempt status and are often led by youth, people of color, members of the LGBTQI community, immigrants, and other historically oppressed groups. Intermediaries often support constituent-led groups to legally secure grant funding, develop strategy, and/or manage key back-office functions needed to do their work well. In providing these supports, intermediaries help create flexibility and extra capacity for emerging groups to refine and implement their strategy and test various organizational structures, with support from a more established organization.

The purpose of the Intermediary Design Lab was to surface the unique challenges that pertain to constituent-led groups, intermediaries, and funders and then start to advance change by launching a set of experiments aimed at addressing these issues. The challenges for each group varied:

The lab included three in-person convenings, experimentation across ten organizations (including intermediaries, Change Elemental, and the Ford Foundation), coaching, and other supports.

Some examples of experiments conducted by lab participants include:

Early research by Change Elemental on the needs of emerging social justice groups from their fiscal sponsors is shared in this infographic and blog.

The learnings from the lab’s ten experiments and previous research by Change Elemental, Frontlines Solutions, and Ingrid Benedict culminated in a report: Centering Equity in Intermediary Relationships: An Opportunity for Funders towards Values-Aligned Action.

Co-facilitator Chandra Larsen brought our discussions to life and integrated our learning with dynamic graphic facilitation.

The following groups contributed their time, energy, and experiments over the course of 11 months in the lab.

Toni, Sihle, Lida, and Eric also served on the design team and helped cocreate agendas for our three gatherings.

Natalie Bamdad at Change Elemental, Susan Misra at Aurora Commons, and Chandra Larsen led the research and analysis, design, and co-facilitation of the lab.

Other Partners and Contributors

This work was made possible by Marissa Tirona at Grantmakers Concerned with Immigrants and Refugees Grantmakers for Immigrants (formerly at the Ford Foundation) and Chris Cardona at the Ford Foundation, whose vision, thought partnership, and generosity were critical in moving this work forward, as well as Luna Yasui and program officers from other foundations who contributed their insights and advice.

Many intermediaries and constituent-led groups also contributed time and resources to supporting the development of the above report and helped us shape our understanding of the core challenges that the experiments might address.

While the lab has ended, groups who participated continue to meet and learn together in partnership with fiscal sponsors who were not part of the lab in the Fiscal Sponsorship Network, which they initially launched as a Network Gathering at the 2020 Allied Media Conference.