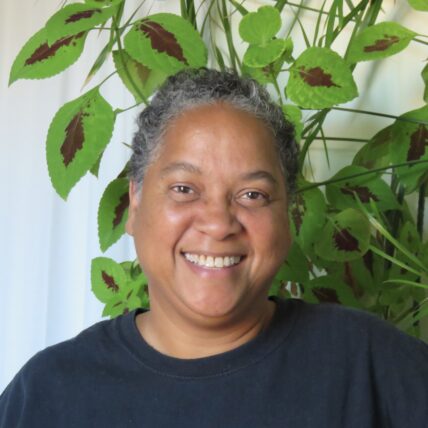 Deborah Berry (she/her/hers) joined Change Elemental in 2017 as an Administrative Assistant focused on providing scheduling support for the Change Elemental team. Before joining Change Elemental, she worked with an organization, now defunct, to launch an interactive platform that allowed users to tell stories using online mapping tools. As part of that project, she supervised young people in the DC Summer Youth Program as they worked on various mapping projects. Deborah also managed teams in support of the 2010 Census. She has provided administrative support for a diverse set of organizations including NPR, Advocates for Justice and Education, CQ Press, and Green America (when it was known as Co-op America).

Deborah attended Mount Holyoke College as a Francis Perkins Scholar and received a B.A. in Geography. She also has an Associate’s Degree in Applied Geography and Certificate in Geographic Information Systems (GIS) and Cartography from Montgomery College. She resides in Washington DC and is a proud mother and grandmother. In her free time, Deborah loves to explore her family’s genealogy, take road trips, and sing in a community choir.