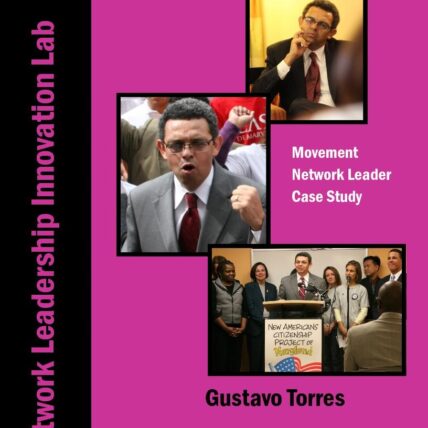 In addition to directing CASA, Gustavo plays a leadership role in a web of networks within and beyond the immigrant rights community, including: the Fair Immigration Reform Movement; the National Partnership for New Americans; Educating Maryland Kids; the National Capitol Immigrant Coalition; the National Day Laborer Organizing Network; and, the National Domestic Workers Alliance.

Through advocacy and networking, CASA projects its influence far beyond its base, and with these other network partners in the labor, LGBT, immigration, and racial justice movements has advanced legislation and changed hearts and minds nationwide. Based on in-depth interviews with Gustavo and 14 of his colleagues and collaborators, the case describes the principles (rooted in part in his remarkable personal history) that have guided Gustavo’s leadership during the evolution of these powerful networks.